St Elizabeth once again hosted the Keep Christ in Christmas Poster contest at the St. Elizabeth School.  Thanks to all of the participants, and congratulations to the winners:
1st Diana B.
2nd Delancy D.
3rd Julia C.

The Lord’s Pantry distributed Christmas toys, clothing and food to over 280 very thankful clients on Saturday.   The St. Elizabeth Knights were well represented: 8 Knights helped with the Friday afternoon setup and 11 helped out loading Christmas toys, clothing and food into the clients cars. All the kids who helped out worked very hard and were a source of great pride to fathers and brother knights.  Thanks for the great effort. Everyone at the Lord’s Pantry were very appreciative for all great help. 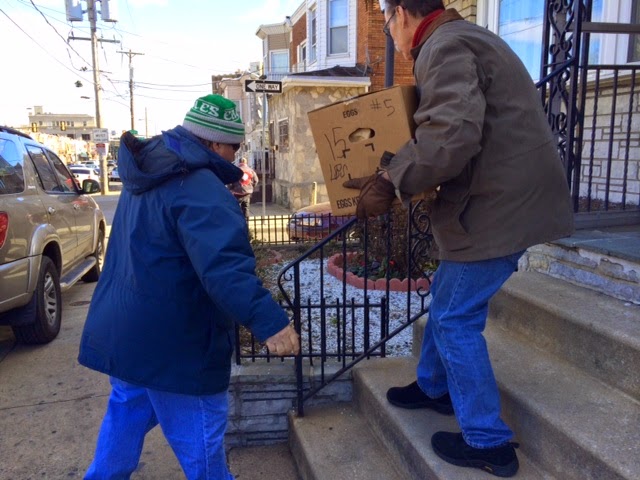 November – Bill Schell and Jim Smith coordinated Turkey Dinner Drive.  The Knights provided 48 dinners to our Sister Parish, Visitation BVM. 15 were donated by our Council and the rest were personal donations by our Brother Knights and their families.   All totaled, including the Knights donation, St Elizabeth Parish packed and transported 208 meals.  With Ss. Philip and James collection a total of 346 meals were provided.
A special thanks to the Knights transportation group: Jim Smith, John Fiore, Dan Condron, Tim Brennan & Mike Kasper. Also, thanks to Patty Smith and Sue Brennan for their help and support.  Click here for pictures!

The Lord’s Pantry Thanksgiving Food Distribution was a great success. A complete turkey dinner was provided to over 285 families in the Downingtown area. An additional 100+ dinners were provided to families by the Lord’s Pantry earlier in the week.  St Elizabeth Knights helped out in record numbers this year. 10 knights helped out with the setup on Friday ( special thanks to the 4 knights that volunteered for early morning duty at the West Chester Shop Rite pickup) and 15 knights (with many family members) lent a hand on Saturday morning, distributing the turkey dinners to the Lord’s Pantry Clients. 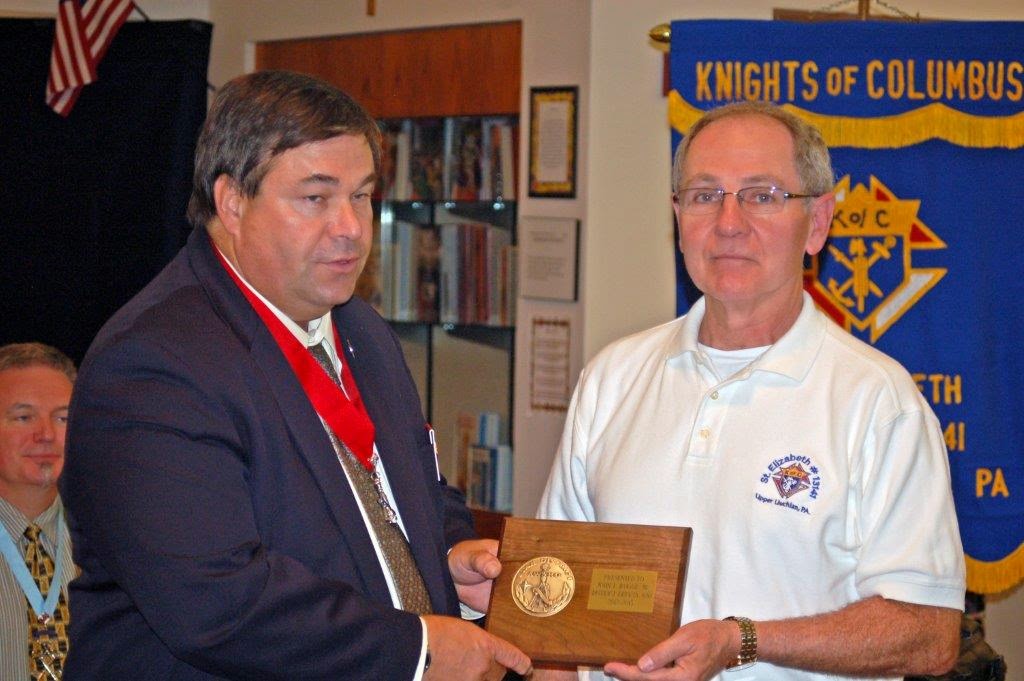 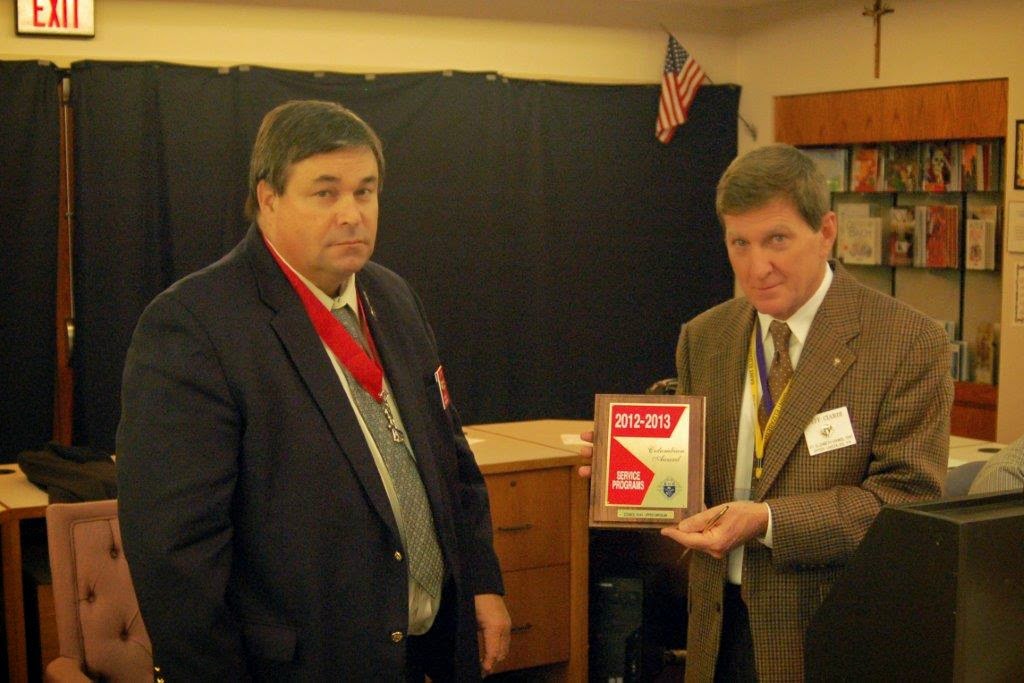 There was another successful Adopt-a-Trail clean-up on Sept. 21st covering the trail stretching from the corner of Graphite Mine Road/Station Blvd. to Fellowship Road/Eagle Farms Road. The weather was very good for the 6 brothers listed below that pitched in – the cleanup was completed in one hour and about two 2 full bags of trash were collected.  Thanks again to everyone for their support.  Special thanks to  Jeff Ciardi, Dan Condron, Ralph Hannum, Mike Kasper, Joe LaGrossa, Mark Sciabacucchi for coordinating.

Our annual Blood Drive was held on Sept 21st.  49 pints were collected.

A BIG THANK YOU TO ALL THOSE WHO PARTICIPATED IN THIS PROJECT THROUGHOUT THE YEAR. For the harvest on Saturday, we had 26 adults, including 12 Knights, several wives, and 27 children of all ages, all from St Elizabeth Parish.

Again this year, A BIG THANK YOU to Pat Kasper for organizing the St Elizabeth Parish Youth and their families.

Another BIG THANKS to the following Brother Knights and their families for their support during the harvest. Also, a special thanks to Brother Jim Smith for his dedication to this project all year. 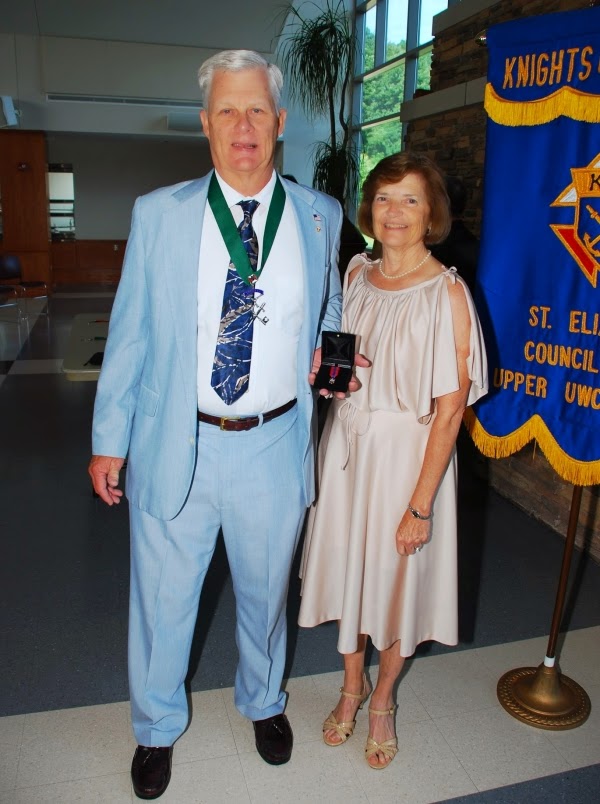 All members were invited to the ceremony for the installation of officers for the 2013-2014 fraternal year. The ceremony was held on Saturday, August 10 in Social Hall at 3:45 p.m., preceeding the Family Mass at 5:30 p.m. The installation was led by District Deputy Jim Smith, PGK of St. Elizabeth Council. WGK Jeff Ciardi called for a renewed call to action and focus on membership.

WGK Jeff also presented PGK Fred Clark with a PFN minature jewel from the council for completing his term as Faithful Navigator of the Chester County Assembly (Fourth Degree). 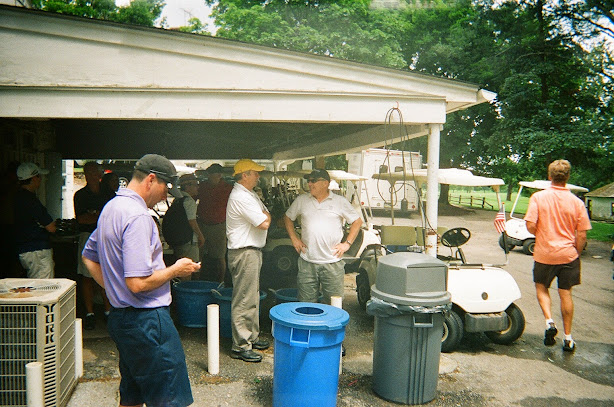 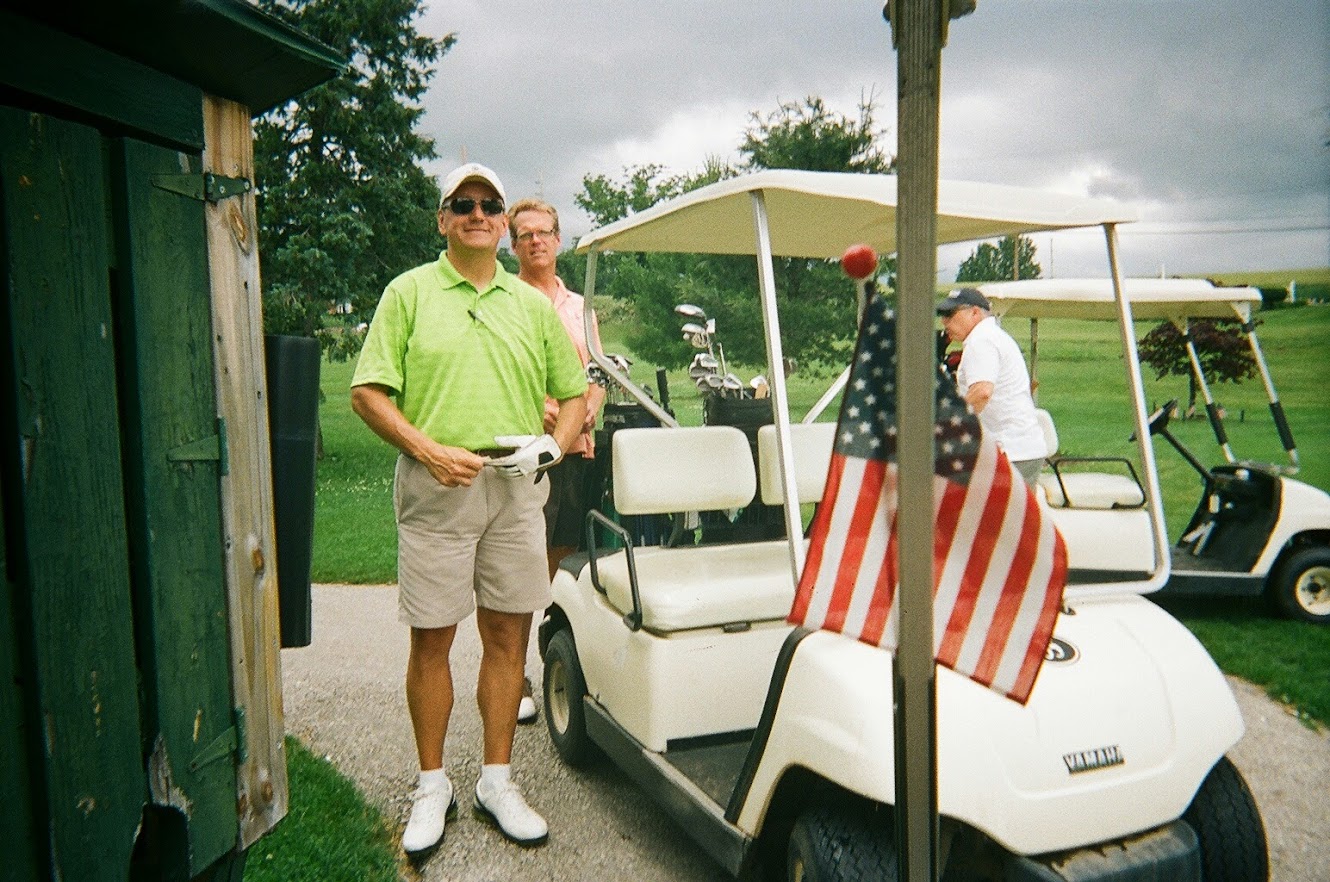 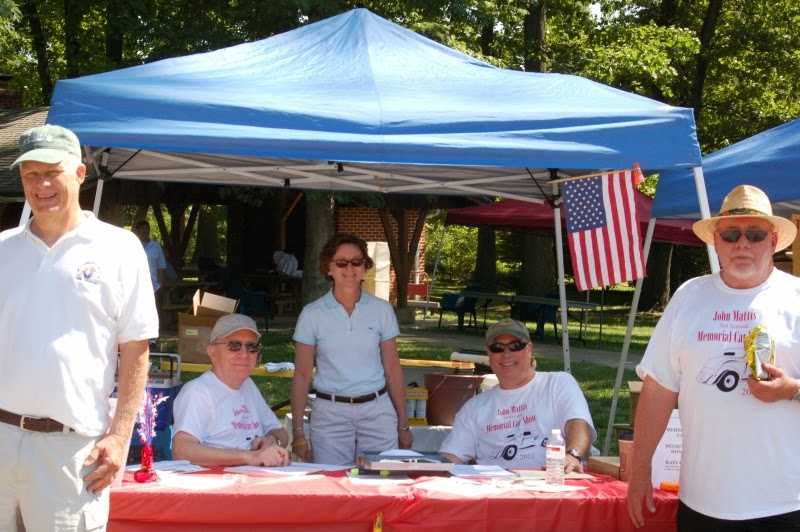 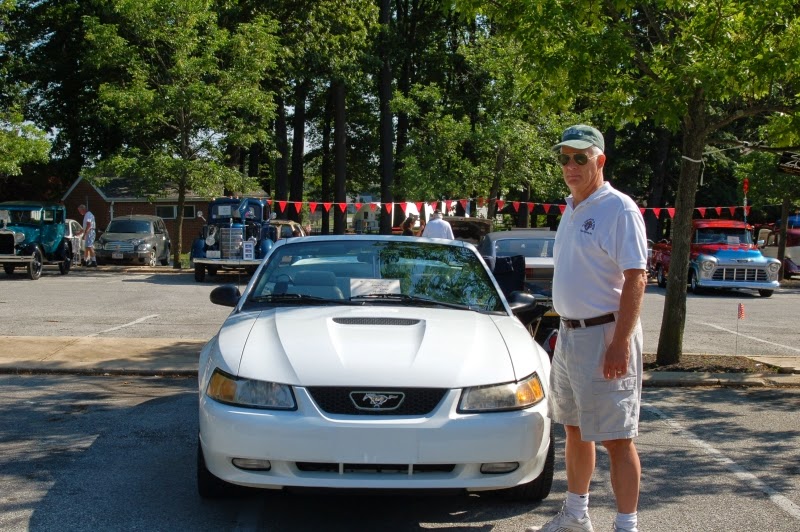 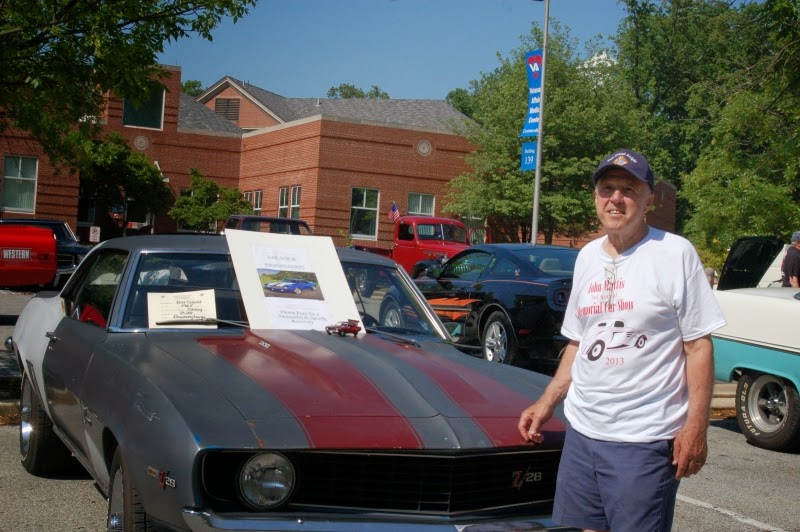 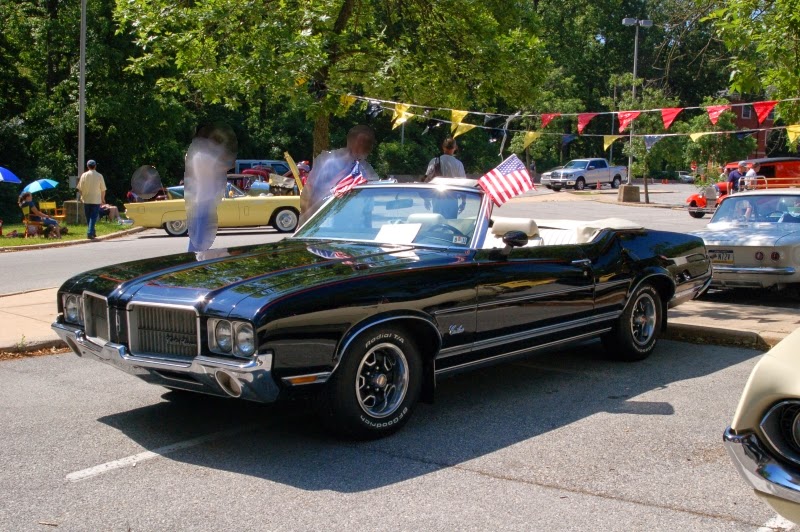 There was another successful Adopt-a-Trail clean-up on May 18th covering the church grounds and trail stretching from the corner of Graphite Mine Road/Station Blvd. to Fellowship Road/Eagle Farms Road. This was the rain date for the cleanup and the weather was very good for the 17 volunteers (10 brothers, 7 friends/family) listed below that pitched in – the cleanup was completed in one hour and about two 2 full bags of trash were collected.   Thanks again to everyone for their support. 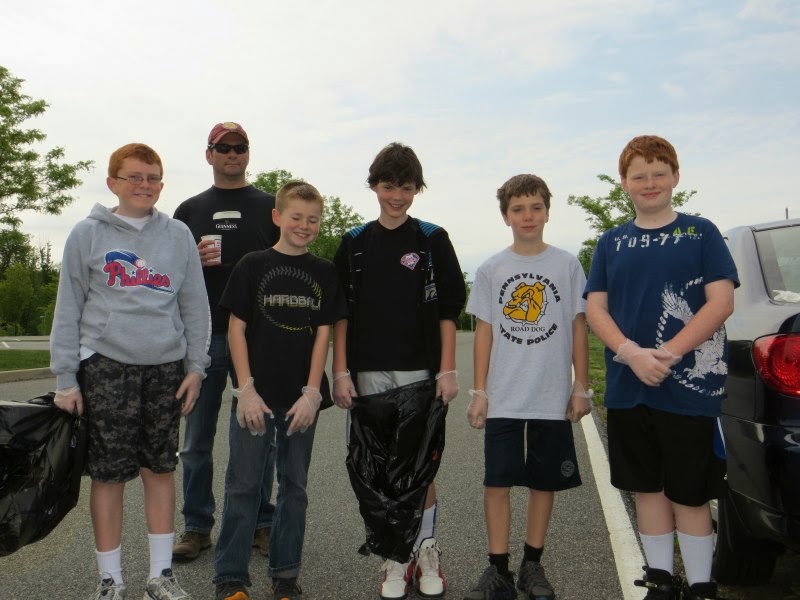 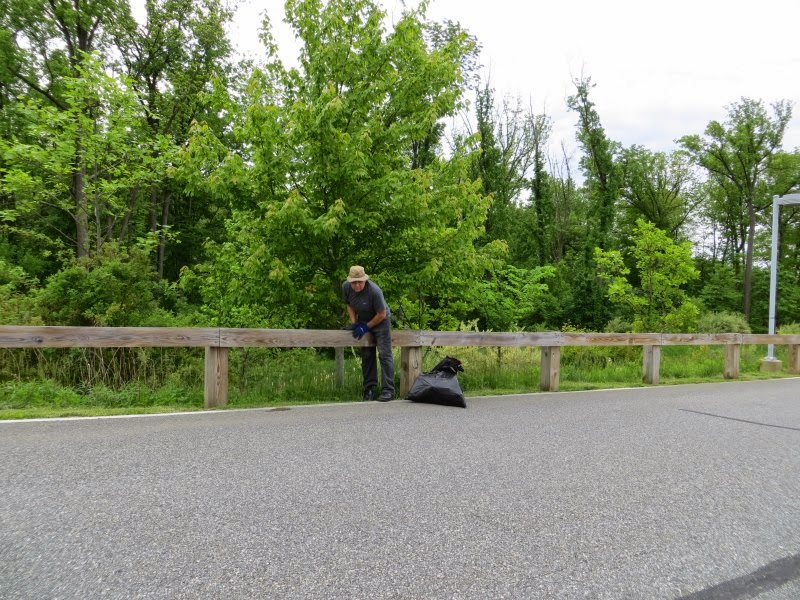 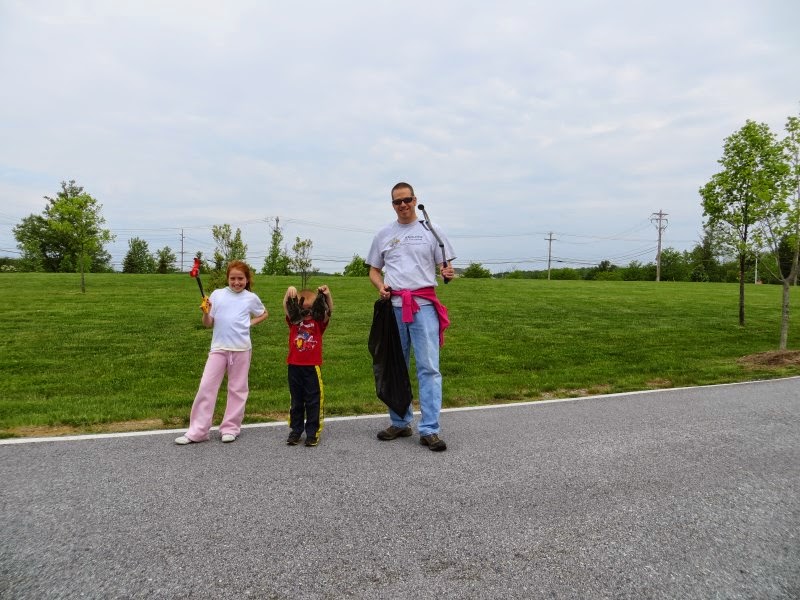 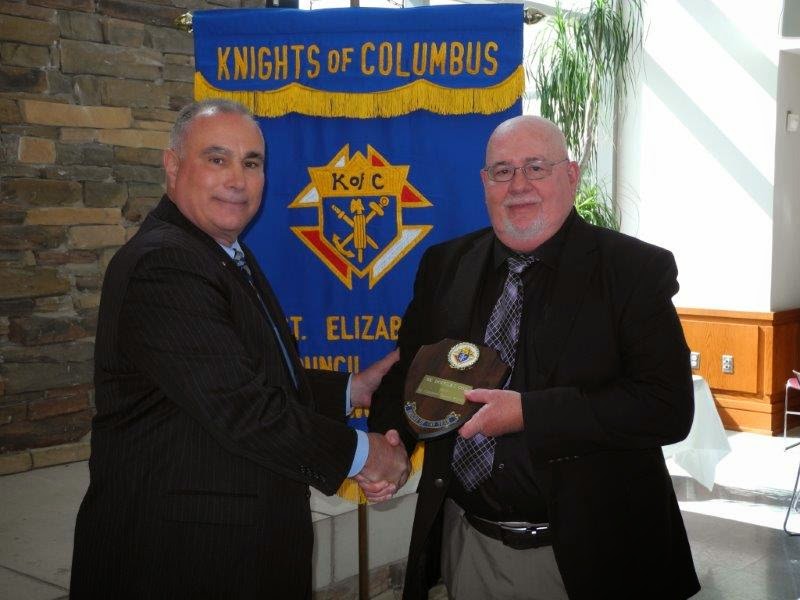 On Sunday, May 5th, Knights and their families gathered for the 8:00 AM Family Mass. The Celebrant was Father Francis Chambers (Council Chaplain) and Deacon Jim McAvoy. The Knights were recognized during Mass for celebrating their Family Mass, and also their service to our Parish.
Following Mass, we gathered in the Social Hall for our 10th Annual Communion Breakfast. Following the opening remarks and prayer, everyone enjoyed an excellent breakfast, provided by BK Vincent Montesano and Montesano Brothers Catering.
Following breakfast, Worthy Grand Knight Curt Zingaro made the following presentations:

Our annual participation in the can collection for the ARC of Chester County took place on April 13th. Thanks to Acme locations in Eagle and Exton, and thier generous shoppers, we collected a little over $600. Brother who manned the following locations: 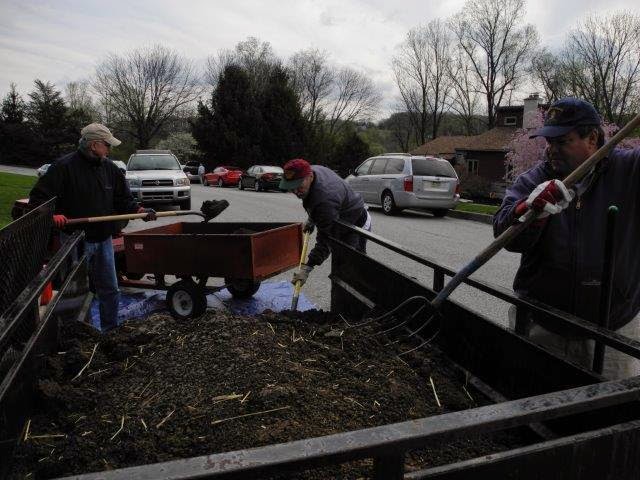 My thanks and gratitude to all the K of C members who offered their service working at the rectory on Saturday- the lawn and mulch areas look great!  I greatly appreciate your generosity and commitment to the parish and your personal support of my efforts as pastor.

God’s continued blessing to all in the St. Elizabeth Council, K of C! 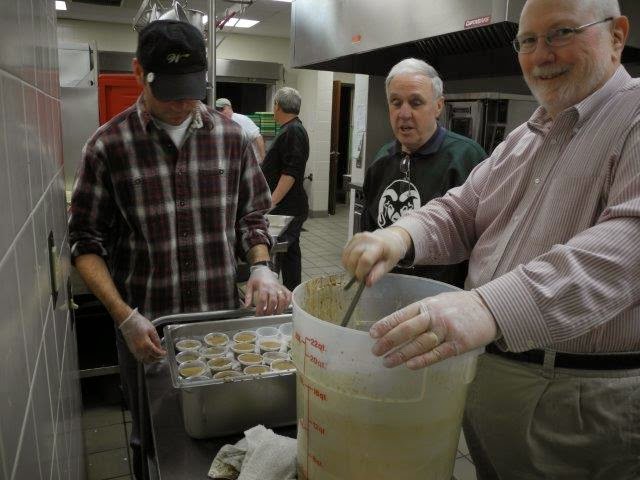 March 22 – The 5th annual K of C Lenten Fish dinner provided approximately 250 dinners to St. Elizabeth Parishioners. Over 30 Knights participated in the event that began with food prepping the evening before, and then cooking, serving, busing, and cleaning on the day of the event. The main entrée included panko crusted cod and crab cake, along with potatoes, vegetable slaw, salad, bread, cookies, and beverage.  The dinner was from 5-7PM and then many of the parishioners went to the Living Stations of the Cross in the main Church to view a “live” story of the Passion of Christ, performed by the 8th graders at St. Elizabeth Church.

The success of this event could not have be accomplished without the many Knights volunteers, especially those who helped collect tickets for the 3 weeks prior to our Dinner. Many thanks to all the Brothers who donated their time and talent to this event!   Click here for pictures! 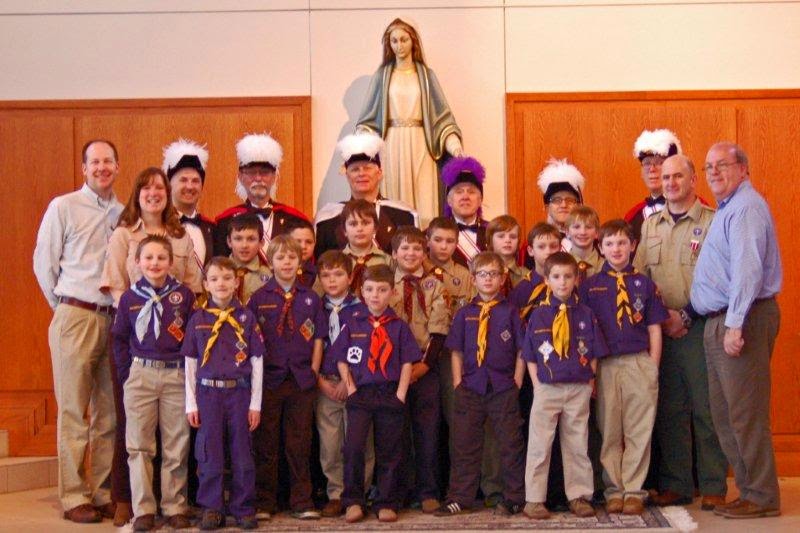 We participated in the annual Scouting Awards Ceremony.  Click here for pictures! 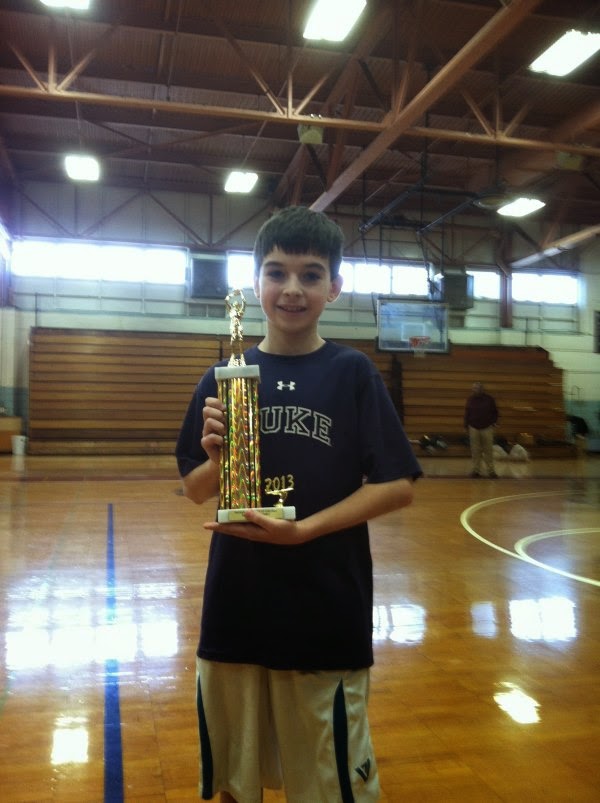 The 2013 Council and District Basketball Free Throw Championships were held on January 27, 2013 at St. Elizabeth School gym. Our Council had 30 contestants and 6 winners in the District Championship. These winners will go on to the Regional Championship on March 2, 2013. 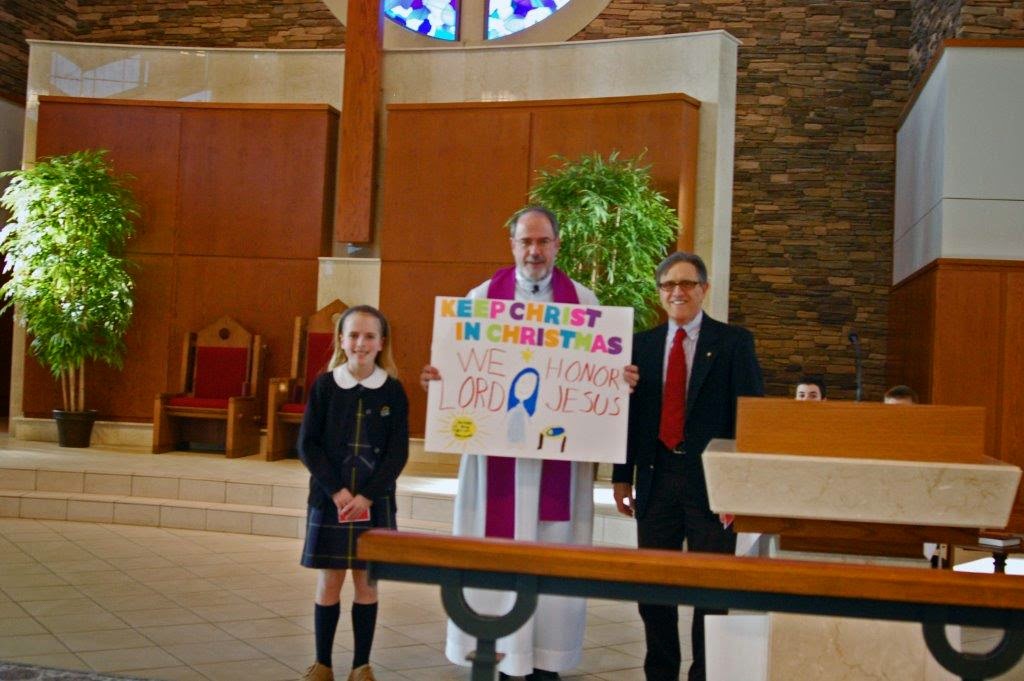 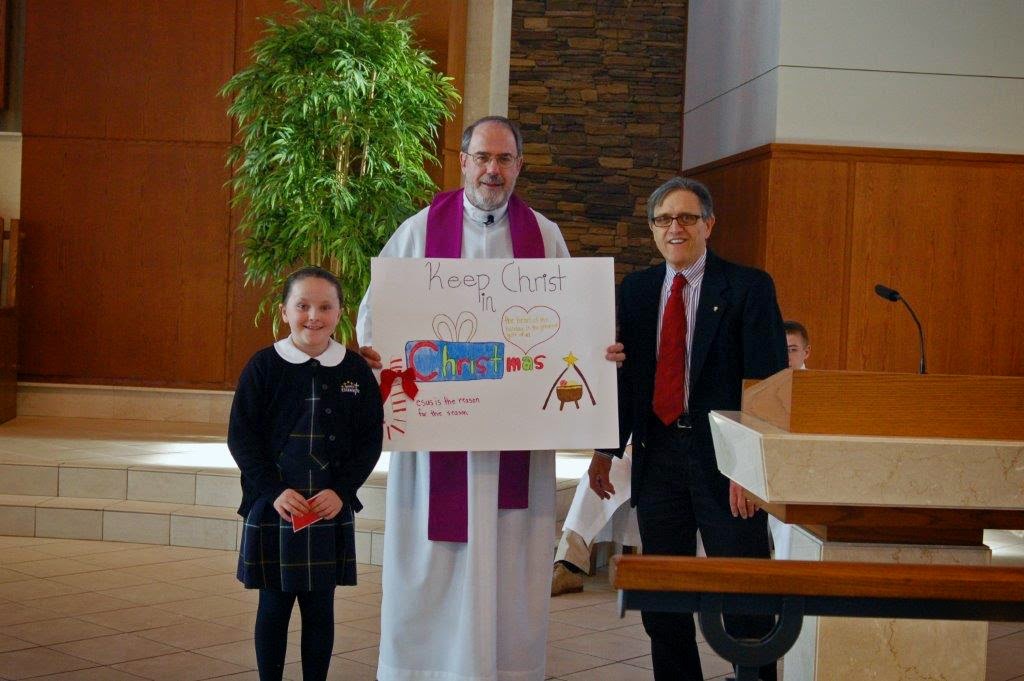 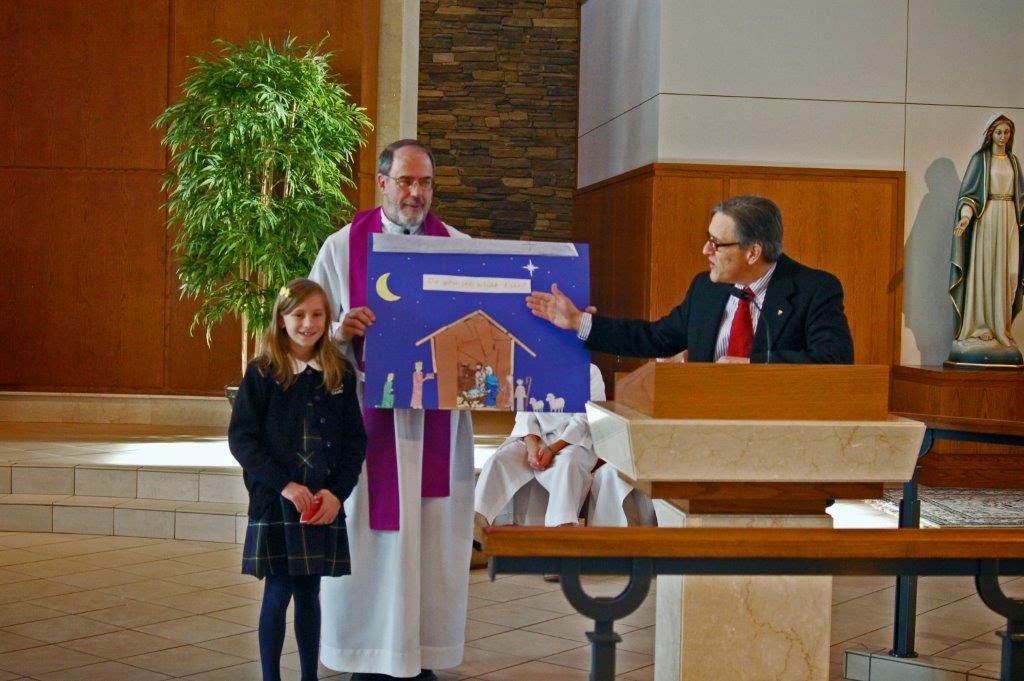 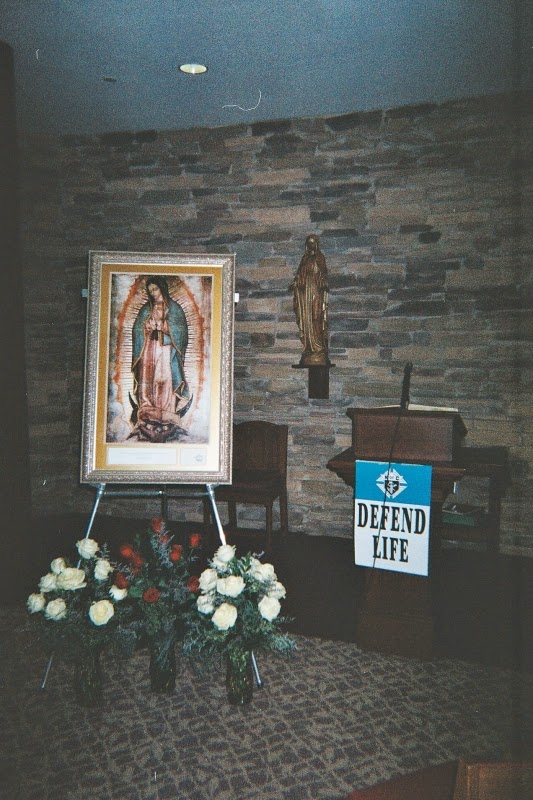 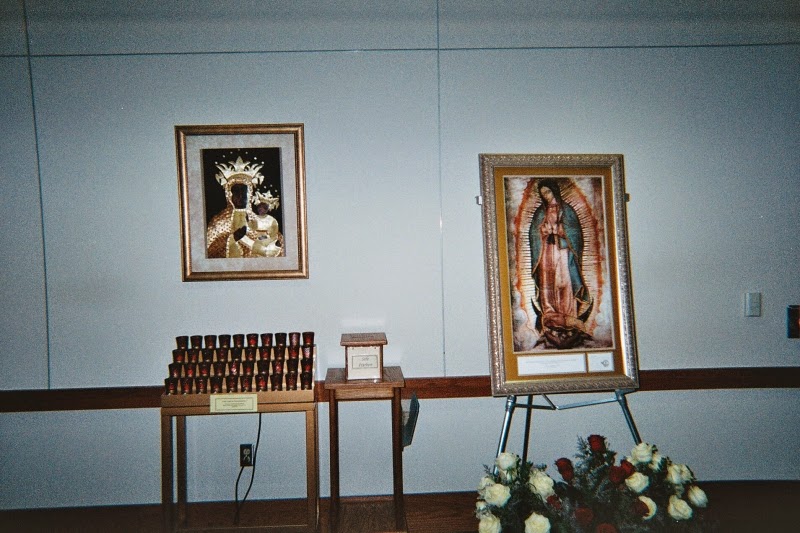 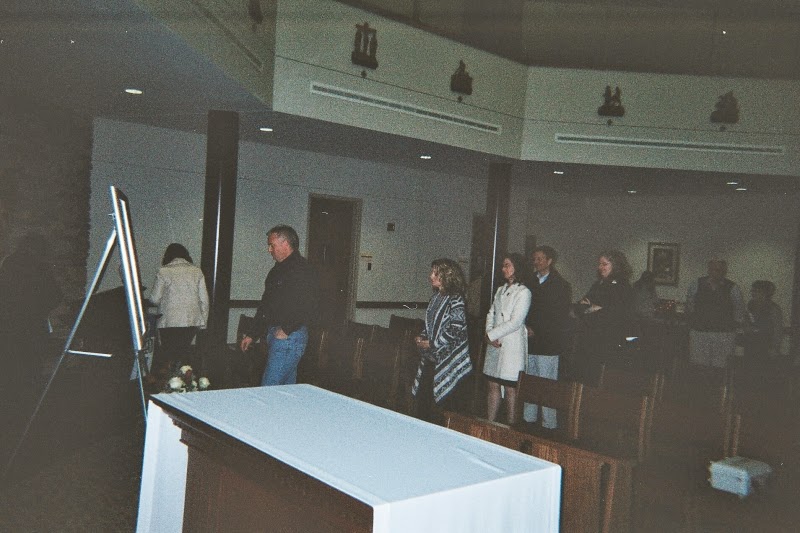 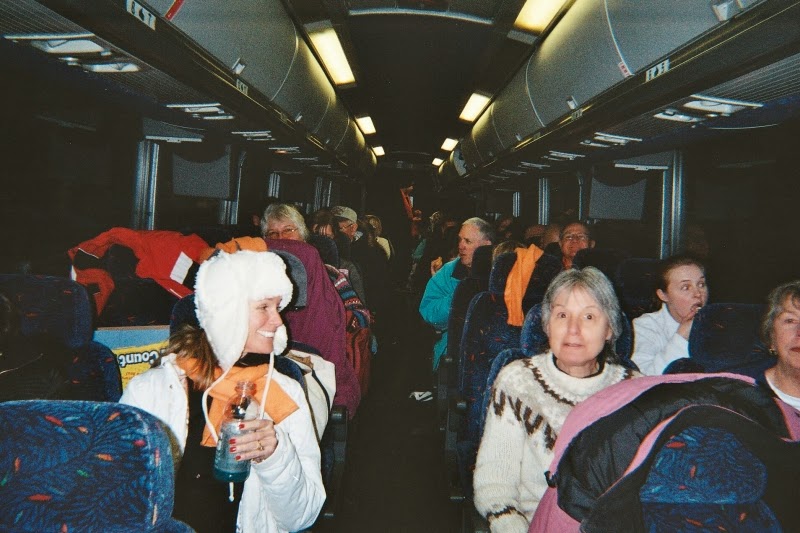 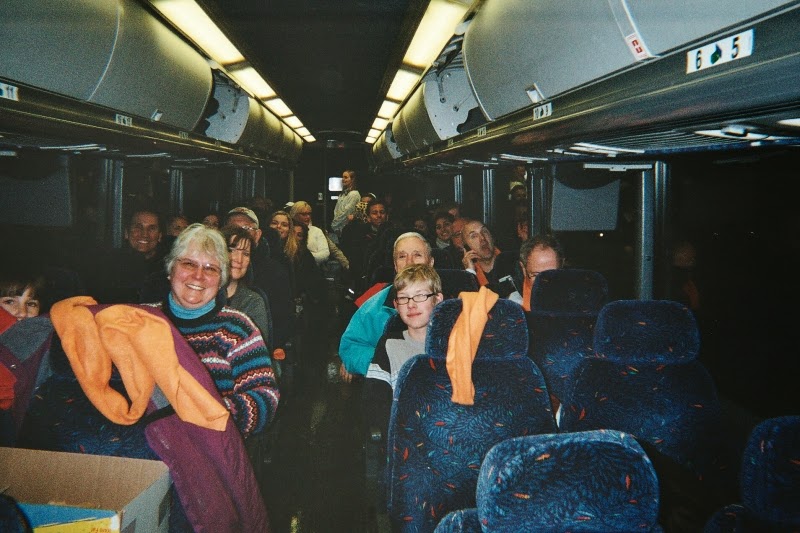 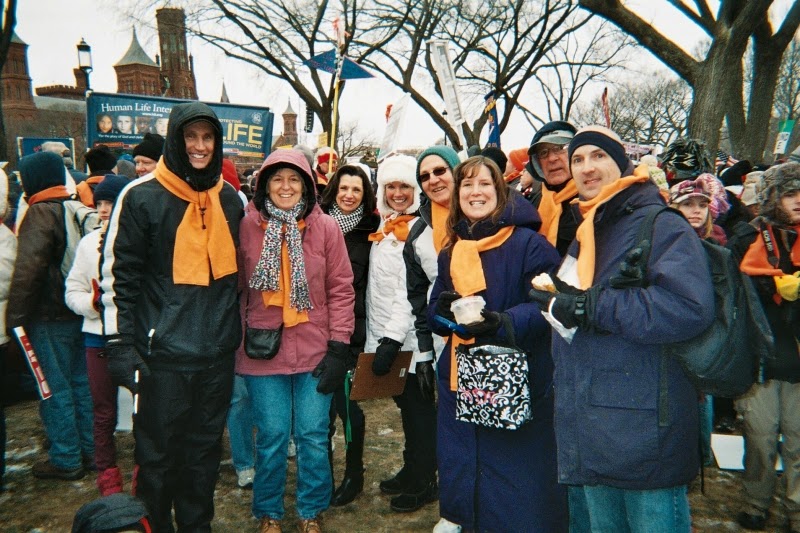 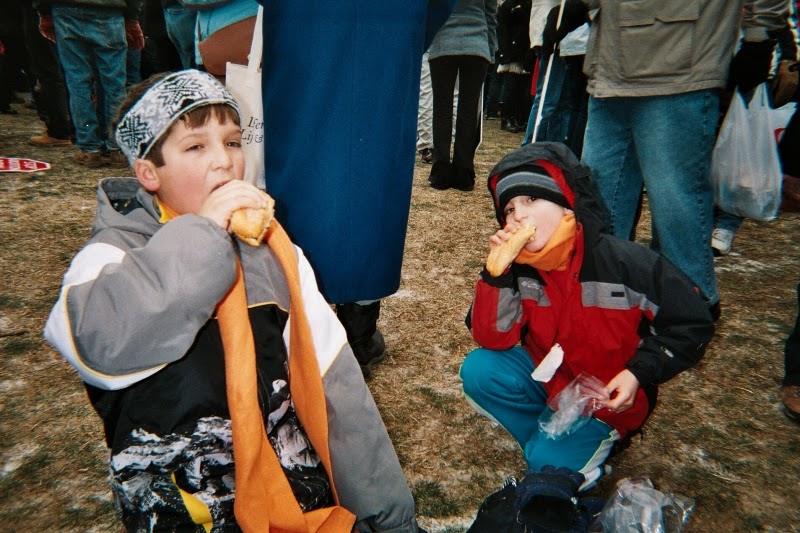