Congratulations to the following individuals for their progression in the Knights:
Second Degree members (November 2004):

Fourth Degree members (May 2004): The event occured Fri-Sun, May 28-30, at the Adam’s Mark Hotel, Philadelphia. The new Sir Knights are: 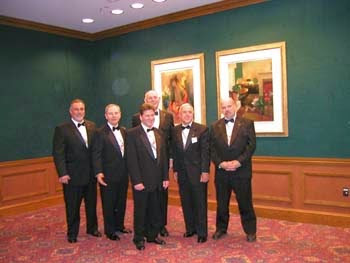 Once again this year, the Knights lit luminaries for the Christmas eve mass held at Bishop Shanahan High School. The Knights also provided and displayed signs and banners to remind people to “Keep Christ in Christmas”.

Our Christmas party was held on Saturday December 11th, at the Kimberton Golf Club. We enjoyed socializing, dinner and entertainment, and time with fellow brothers and spouses.  Click here for pictures! 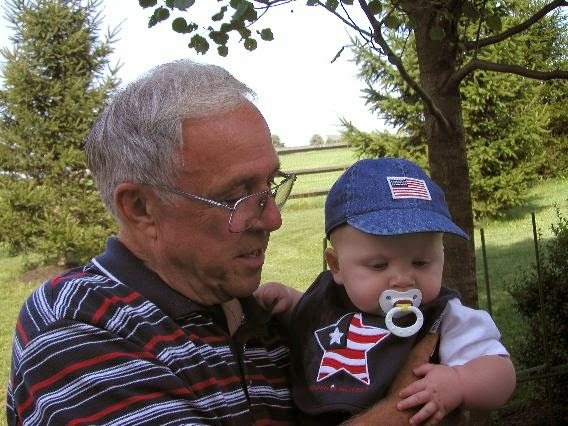 Our summer family picnic was held on Saturday July 10th, hosted by Joe and Ann Arena. There was plenty of food: various appetizers and desserts, and of course grilled hot dogs and hamburgers. It was a great afternoon to relax, visit and meet with the families. There was badmitton on the front lawn, and most everyone enjoyed the putting green in the backyard.   Thanks again to Joe and Ann Arena for hosting the picnic at their home!  Click here for pictures!

The drive was held on June 12 & 13 and the clothes were delivered on June 17 and 18. We were able to fill 5 vehicles to capacity due to the generosity of our fellow parishioners. Over twenty Knights participated, with several sons (Clark and Patrick Restrepo) assisting in the receiving, packing and delivery. The clothes were delivered to EDSI, located in the Chester Police Bldg. Ray Williams spotted a bullet hole in the elevator. The employees, led by Cynthia Germany, set up a small clothing store in several empty offices. The clothes were distributed on June 22 & 23 to women in need who are transitioning into the work force from welfare. The clothes were greatly appreciated.

From Kevin Borton, event organizer:
“Our Second annual St. Elizabeth Council’s spring golf outing was a huge success on many fronts. The weather was good (the Lord strategically inserted a 30-minute storm so we could gather with friends at the clubhouse in the middle of the round), scores were low (according to the cards), prizes were plentiful, and we raised more than three times last year’s revenue.
It gets better. Sixty players attended the outing at Kimberton Golf Club. Thirty-three of the players were not Council Knights, which added diversity and external revenue for our charitable works (a few council prospects to boot).   The invisible pros were the twenty-five businesses and friends who donated prizes, on-course beverages, and purchased greens to support our cause. Being all said we had a lot of fun, a lot of laughs, the dinner was great, and we were truly blessed. In particular, I was blessed with a great group of volunteers. I would like to thank committee members Jack Clark, Dennis Gniazdowski, Harold Gibson, Bob Hays, Ed Linaugh, Jim Smith, and Curt Zingaro; and volunteers Peter Caruso, Bill McDonald, Chris Ruggiero and Bill Schell for their help the day of the outing. I also would like to thank those who attended, their guests and the staff at Kimberton.

Thanks to the following Contributors: 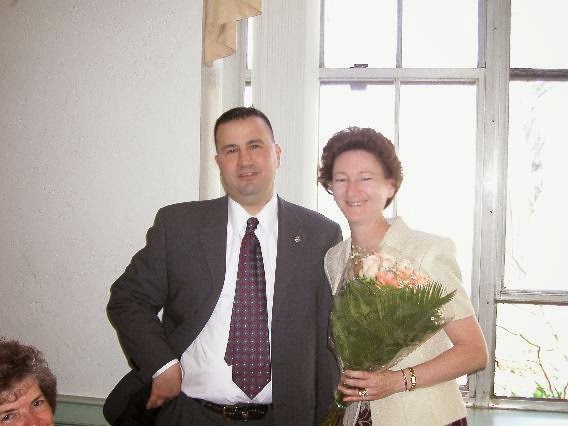 The annual Communion Breakfast was held on Sunday April 18th at St. Joseph’s on the Hill (Malvern Retreat).   The council recognized and encouraged seminarian John Weber on his continuing his studies at St. Charles.   William and Karen McDonald, along with their two sons, were recipients of the Family of the Year Award to recognize them for all their great work they do in the Council and Parish. The Knight of the Year Award went to Jim Smith. Jim has been involved with organizing and participating in key activities throughout the year.  Click here for pictures!

The Knights manned locations at Acme in Exton and Eagle in March and April, for the annual “Measure Up” campaign. This can collection solicits donations for a worthy cause.
The collection for ARC was again a success this year (all Pennsylvania Knights of Columbus Councils participate). Our Council collected $2,012.52. This was our Council’s second year participating in this event. The State Deputy’s goal is to try and collect $5.00 per person. On a per capita basis, we collected approximately $27! Way to go Council 13141, and many thanks to our generous community! 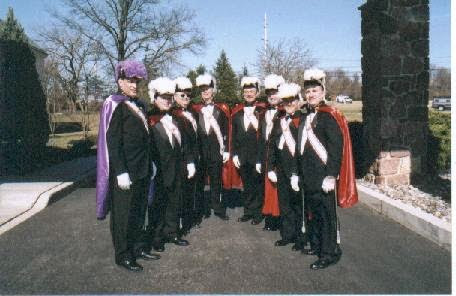 March 13 – The Knights helped and contributed to the successful day at the Ground Breaking Ceremony. Between set-up, parking, shuttling, and clean-up everything went great! Many comments were received from Parishioners complimenting the Knights on their commitment to the Parish. Congratulations to the Knights that are evidence of the Parish community being built at St. Elizabeth.  Special thanks to Jim Smith for organizing this big event-Great Job of pulling the team together and making it happen with some great planning!  Click here for pictures!

St. Josephs/St. Elizabeth combined St. Patrick’s Day party at St. Joes (old gym) from was held March 13th. Beer/wine and dinner was served, with Irish music during dinner and dance music after. Those that attended had a great time as always.

The Knights served as bartenders for the parish’s social event.  Council members received a special thanks from St. Elizabeth Parish for their volunteer work at the St. Elizabeth Valentine Day Social. It was noted that Council members handled the difficult job of bartending with ease and grace! The Council would like to thank the St. Valentine Social Committee of Cindy Goch, Mary Mulherin and Kelly O’Connor for the great job they did in presenting the social to the Parish!

Once again, this year’s Art show was a success, grossing $397,000. The Council thanks the following members: Steve Kacenjar, Peter Caruso, Harold Gibson, John Drotar, and Jim Smith for assisting with hanging the art.   Another big thanks goes to the take down crew: Bill McDonald, Ray Williams, John Magee, Peter Caruso, Chris Ruggiero, and Jim Smith. We would also like to thank Clare Magee for her valiant effort in controlling the antics of the take down crew! The University noted that with the additional volunteers that take down was completed in record time, cutting time by at least two hours!

Habitat for Humanity of Chester County

On two Saturdays in January, the Knights helped Habitat for Humanity of Chester County. On January 10th, our Council offered its services to Habitat for Humanity in their ReStore. Their ReStore is similar to a Salvation Army Store, where previously owned goods are dropped off and then sold at discount prices. Habitat has a warehouse that is closing and needed our Council’s assistance in making space in the ReStore for items in the warehouse.  On January 17th , Council 13141 was put to the task in Coatesville with a building project. Our “experience” was needed for painting, hanging drywall, working at the warehouse, sealing windows, and prep cutting pieces for a deck.  On both projects, a sense of community service fulfillment was had by one and all and our service was greatly appreciated by Habitat for Humanity.

On Saturday January 17th, Some Knights attended Mass, then marched and prayed the rosary to protest an abortion clinic. 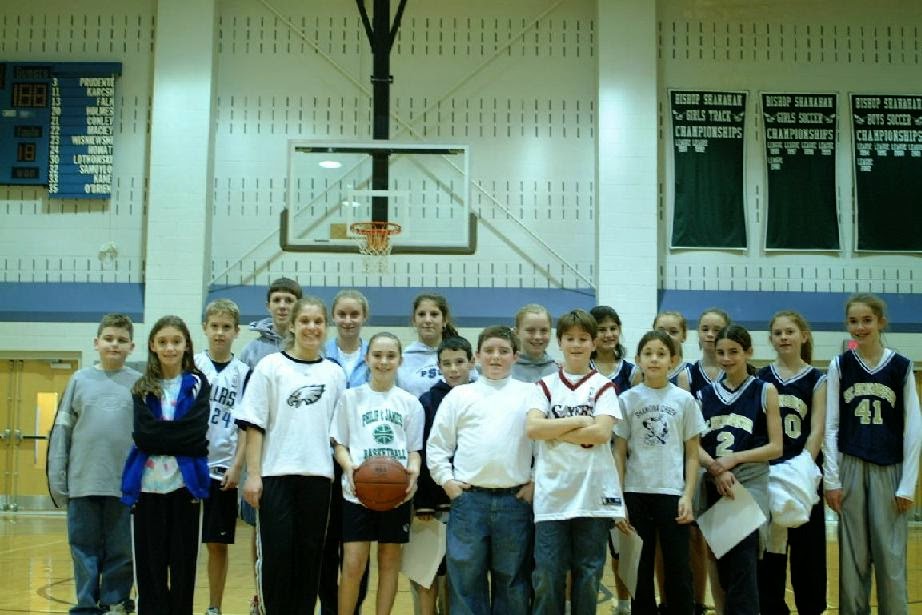 The Free Throw contest was held on January 11, 2004. The following boys and girls won the Council Championship in their age group:

The District Free Throw was held Sunday, Feb 22. There were three winners from our parish, which was a nice showing out of 10 classes. The winners were:

The next round was the Regionals on March 6 at Cardinal O’Hara High School in Springfield. Unfortunately, due to other commitments, only one could go to the Regional Shootout. But congratulations to Chelsea Manchester (14 yr girls), who competed in the Regional contest and placed second.  Click here for pictures!

On January 22, the anniversary of the infamous Roe V. Wade decision, the Knights of Columbus together with St. Elizabeth Parish participated in the March For Life in Washington, D. C. A few days before the trip our 24 passenger bus was sold out and we redirected several parishioners to space available at nearby churches.

We were blessed with a clear day, just a bit cold, but all in all a great day to express our sorrow for the 1972 Supreme Court decision on abortion.

The day started early, 6:45AM, and ended when we returned to Lionville around 8:30 PM. Several who made the trip spent most of the day in prayer at the National Shrine of the Immaculate Conception and the balance took the Metro to the Ellipse area to participate in the Rally and to join the March. After the March many of us visited the reception held by Congressman Toomey at the Reserve Officers Building on Constitution Avenue.

All agreed it was a day well spent for a cause we are dedicated to and we look forward to even more participation in 2005.

Special Thanks
We would like to extend a special thanks to Dick and Pat Sylvester who prepared and served the main course at our Holiday Event! Thanks also to everyone who brought appetizers, salads, and deserts. Much fun was had by all! 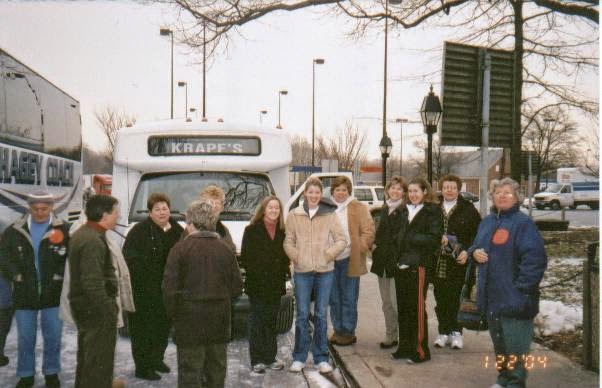 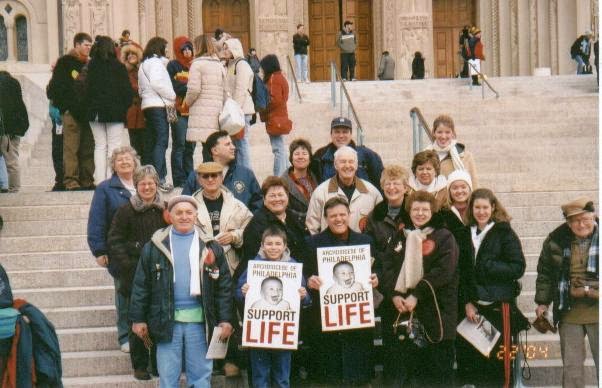